Back to page
View source

Julien Roisseau, Marquis du Romarin (born 10th Ordix 1718 in Roscelles) is the current Ministre de l'Exterieur of the Empire Castairien. While formerly being an ambassador for the Empire, since 1753 he is leading the foreign ministry. One of his greatest achievement was the Treaty of Liramond, ending the Grand War Against Cantoras. Since then, he worked tirelessly on improving the relations between Castaire and Cantoras, marked by milestones as the marriage of Stéphane and Belle. 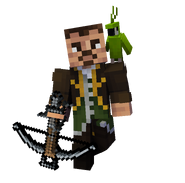