Nergobert von Bösendorff (birth date unknown) is the Ministre de l'Interieur of the Empire Castairien. He is a member of the Imperial Government and thus subordinated to Chancelier Michel. Besides him, he is the most powerful statesman of Castaire, responsible for inner security and many of the tax reforms of the last years. Being the personal aide to Stéphane IV gives him the possibility to pass Steves will through any parliamentary decision by his extraordinary intellect and eloquence. Thus, he is often referred as "power behind the throne" or "black eminence / Éminence Noire".

Little to nothing is known about the circumstances of his birth, though it is assumed that he is in his early 50's. He originates from a small county in south-western Reikenland, called Bösendorff, where his family castle is located. They are a family of old noble descent, traceable back into the times of the foundation of the Holy Reikish Empire.

Nergobert is a well educated, eloquent man with a profound knowledge of all political spheres. 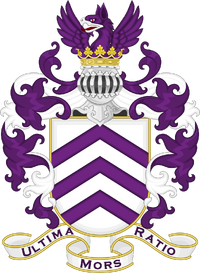